Somewhere in March 2016, I was in a QSO over our local Brandmeister DMR repeater with other club members. Every Wednesday evening we have a net where we discuss the things we did the past week regarding our hobby and talk about projects we would like to start.

At that time I was rather new to the club, as I only got my licence in February 2016. Two OM’s were talking about Magnetic Loop Antennas. One OM’s liked them allot because of them being less prone to QRM and wanted to build one for the 160m band, the other because of the limited space you need to set one up. They both had one issue though: it was not easy to keep them in resonance with the frequency of the radio’s VFO. Especially not when they were scrolling over the bands.

“How hard could it be to keep them tuned?” was the first thing that came into my mind, and I immediately started googling. The first result of my search query was the site of Loftur E. Jónasson – TF3LJ / VE2LJX: https://sites.google.com/site/lofturj/to-automatically-tune-a-magnetic-loop-antenna.

When it was my turn to push the PTT button, I informed my fellow OM’s. They were not very enthusiastic about my find. Soon I understood why. Although they were both specialists in radio’s and old school electronics they didn’t know how to program something in Arduino. They thought this project was off limits for them.

I’ve done quite a bit of programming in the past, but other than them, I was not very acquainted with electronics or electrical diagrams. We soon realized we could make this project work if we combined our complementary knowledge and experience.

We agreed on a date, and one week later, we were sitting in the shack discussing how we would tackle this innovative project. 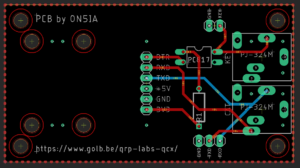 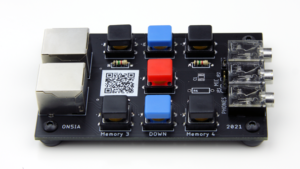 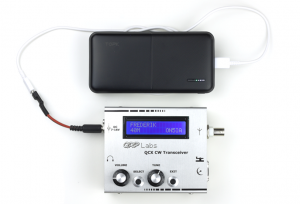